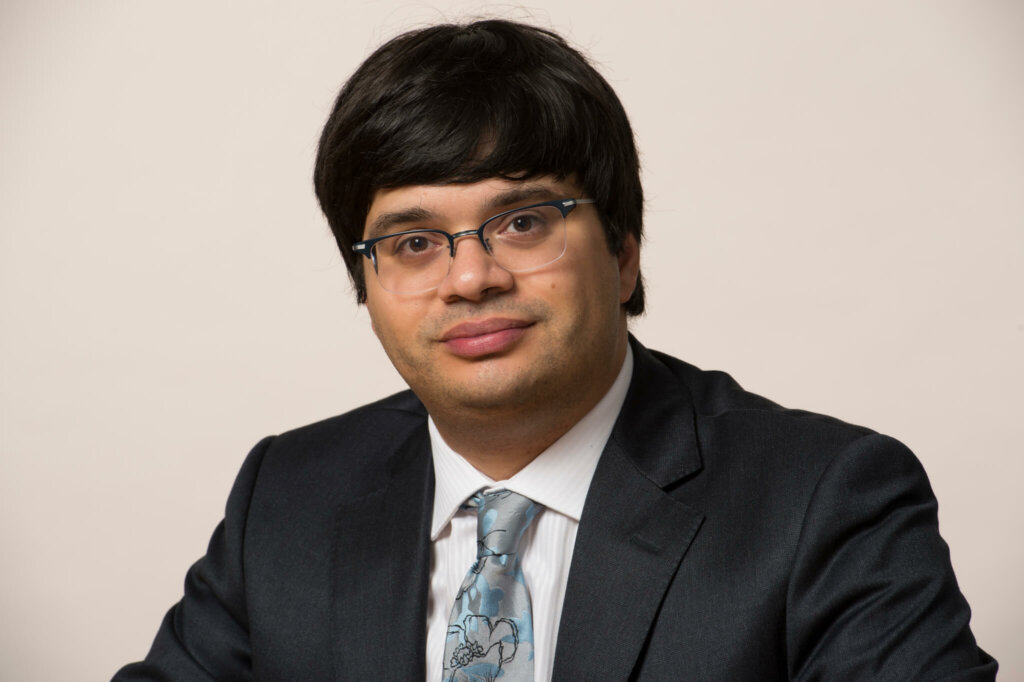 Thomas advises and litigates on all aspects of revenue law. He regularly appears before the First-tier and Upper Tribunals and has also represented taxpayers (both with and without a leader) in the Administrative Court, Court of Appeal and Supreme Court. Thomas is on the Attorney-General’s B Panel.

“Very cerebral and has good analytical skills.” “He gets up to speed, and is both responsive and practical in his approach.”

HFFX LLP v HMRC [2021] UKFTT 36 – Thomas successfully represented HMRC (against Kevin Prosser KC and David Yates KC) in a case dealing with deferral of profits in the finance industry. In this case (as with Odey Asset Management [2021] UKFTT 31 where Thomas appeared against David Goldberg KC, and to BlueCrest Capital Management [2020] UKFTT 298, where Thomas appeared with Rupert Baldry KC against Malcolm Gammie KC) LLPs spread the bonuses of their partners across several years by paying them to a company which later transferred investments to the individual partner. This tested fundamental points of how partnership profits are taxed but also of the rules on miscellaneous income and the “sale of occupational income” provisions which have been very little studied by the courts.

Stirling Jewellers (Dudley) Ltd [2020] UKUT 245 – Thomas represented the taxpayer, against whom HMRC were seeking c. £20 million in understated tax on the basis of lost records of expenditure.  This was a long and fact-heavy case spread over two weeks and hearing from a dozen witnesses.  At first instance Thomas succeeded in reducing the assessments to c. £900,000, reducing them even further on appeal.

JP Whitter (Water Well Engineers) v HMRC [2018] UKSC 31 – Thomas represented the taxpayer in a case on the scope of HMRC’s power to revoke gross payment status under the construction industry scheme.  This raised questions of proportionality and human rights law as well as the technical application of the CIS provisions.

Thomas is representing the Crown in several of the major cases testing the taxation of partnerships and LLPs (BlueCrest; HFFX; Odey Asset Management) and regularly advises on matters of partnership taxation including questions of the existence of a partnership or the consequences of incorporating a partnership into a limited company or transferring a trade to an LLP.

Thomas has litigated questions of transfer pricing (this being a major issue in BlueCrest) and advises on issues arising in international corporate structures such as the application of the CFC and DIMF rules.

Thomas regularly advises on the implications of business restructuring including the application of the Transactions in Securities provisions and the tax consequences for individuals exiting a business.

Questions as to how a business should be taxed are often highly factual. Both BES Commercial [2021] UKFTT 456 and Stirling Jewellers concerned the calculation of profits. In the former Thomas represented the Crown and demonstrated that regulatory sanctions were not deductible for tax purposes; in Stirling Jewellers Thomas reduced HMRC assessments for c. £20 million in understated profits to the low hundreds of thousands.

GC Field & Son v HMRC (2021) – Thomas successfully represented the taxpayer in a case concerning over £1 million in SDLT. While the SDLT planning that the taxpayer had used had been rendered ineffective by retrospective legislation, Thomas showed that HMRC had failed to take action in time to dispute the liability.

A-Dec Dental v HMRC [2017] UKUT 342 – Thomas successfully represented the taxpayer in a case on the customs classification of dental lamps. As with most classification disputes this was highly fact sensitive and depended on exactly how the items were best described: it also concerned the implications of a Commission Implementing Regulation that determined the classification in HMRC’s favour after the time period under appeal: Thomas showed that this should not be applied retrospectively.

Thomas advises extensively on all aspects of SDLT, dealing with both domestic acquisitions (including for example the application of multiple dwellings relief of questions as to the application of the various higher rates) and commercial developments.

He also advises on VAT and customs duties, including questions of export procedures and classification.

“A good, strategic thinker. Thomas is very bright and on top of the arguments. He thinks quickly on his feet and deals well with curveballs thrown by the judge.”

MacKay v Wesley [2020] EWHC 3400 – Thomas (appearing alone at first instance and led on appeal by Nicholas le Poidevin KC) succeeded in setting aside the appointment of the Claimant as trustee, the appointment having exposed her to very large tax liabilities.  This case tested fundamental questions as to the nature of trusteeship and how it can be accepted and disclaimed.

Giuliani v HMRC [2021] UKFTT 239 – Thomas represented the taxpayer in a case turning on whether the taxpayer or his employer was liable to pay historic PAYE amounts. This depended on analysing the P45 and P46 rules to show that the employer should have been deducting higher rather than basic rate tax and concerns the question (heavily litigated at present) of the scope of the Tax Tribunals’ jurisdiction over PAYE.

Bayonet Ventures v HMRC [2018] UKFTT 262 – Thomas represented the taxpayer in a case dealing with the application of the rules on loans from pension schemes in the context of partnerships.  This involved questions as to whether HMRC had assessed the right person to the scheme sanction charge and the extent to which an LLP would be treated as transparent for pensions purposes.

Thomas advises extensively on private client matters including the taxation of estates and UK and offshore trusts, including in relation to applications to set aside transactions (both before the English courts and in offshore jurisdictions, where Thomas has been asked to provide statements of the UK tax position for the foreign court to consider).

Since being instructed at the beginning of his practice in the Rangers EBT litigation, Thomas has maintained a strong interest in all areas of employment taxation, including employee trusts, the application of PAYE and intermediaries / IR35 litigation.  Thomas writes the taxation chapter in Mortimore on Directors.

Thomas also advises on all areas of pension taxation, such as loss of protection following mistaken contributions, penalties for inappropriate investments and unauthorised payment charges. In November 2021 Thomas and Quinlan Windle delivered a webinar on this, click here to view.

“Very cerebral and has good analytical skills. He gets up to speed and is both responsive and practical in his approach.” (2022)

“Diligent, responsive and very easy to work with.” “He has an encyclopaedic knowledge of the law.” (2020)

‘He is a patient professional who leaves no stones unturned.’ (2021)

‘Incredibly sharp, incisive and alive to the commerciality of the tax position for the client.’ (2020)

‘He is a patient professional who leaves no stones unturned.’ (2022)

‘He is a patient professional who leaves no stones unturned.’ (2021)

‘Incredibly sharp, incisive and alive to the commerciality of the tax position for the client.’ (2020)

“A good, strategic thinker. Thomas is very bright and on top of the arguments. He thinks quickly on his feet and deals well with curveballs thrown by the judge.” (2022)

‘Has a good analytical mind, and is able to work on his own without a QC in the higher courts.’ (2021)

2021
Appointed Junior Counsel to the Crown – “B” panel